Who are Derrick Rose Kids?

Derrick Rose’s kids are the powerhouse of his life – having been blessed with three children; Derrick Rose, Jr., London Marley Rose, and Layla Malibu Rose; Derrick has been living his lavish life outside the basketball court.

Derrick had previously been seeing Mieka Reese for a considerable amount of time. In 2012, Derrick Rose Jr. (also known as Pooh or PJ for short) was born to the pair.

Later, Mieka posted a message on Instagram announcing their split. After that, he began dating health and fashion influencer Alaina Anderson.

The couple secretly married in February 2018 after seeing for a few years.

Stay with us, and we’ll provide you with all the information you need regarding Derrick’s children:

Famous kid Derrick Rose Jr. is most known for becoming an Instagram star. Derrick was born in Chicago, Illinois, on October 9, 2012.

PJ can be seen in pictures with NBA greats like Kobe Bryant on his mom’s social media. On Instagram, his mother, Mieka, is well-known under the handle miekajoi_. Derrick Rose’s and Mika Reese’s first child, a point guard in the NBA. 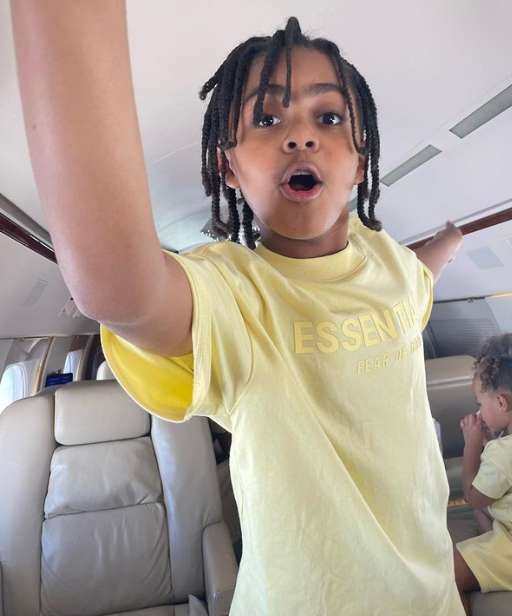 Read this interesting article about the 12 Tallest Basketball Players in The World.

PJ Rose, the son of Derrick Rose, has gone viral. The toddler was recently caught on camera showing off his basketball talents. Numerous people have already compared PJ to his daddy.

The 9-year-team old’s participated in the Matteson Youth Basketball League competition in the Chicago area.

PJ’s squad defeated third- and fourth-graders who competed intensely to win, winning 2-0. One YouTube user commented, “Look at D-son.” Rose’s Another social media admirer commented, “Love how much he appreciates his colleagues.”

When it relates to his career in fashion, PJ Rose has outdone his father. The young man began posing for well-known sneaker brands and fashion houses at age three.

He even showed up for a photo shoot and drawing session with well-known photographer James Anthony.

On social media, Derrick Jr. enjoys a sizable following. On Instagram, he has more than 143k followers. Additionally, he promotes goods from well-known companies like Louis Vuitton on his Instagram profile.

Due to his early age, the 9-year-old is not involved in any relationships. PJ Rose, the son of NBA player Derrick Rose, is interested in someday following in his footsteps.

The meaning behind his name, PJ Rose

Derrick’s pet name Pooh is alluded to in the name PJ. Pooh Junior is abbreviated as PJ. That’s where his name originates.

On the other hand, Derrick is a shortened version of the German name Diederik, derived from the ancient Theodoric. It refers to popular rule.

There is no doubt that this young kid is living a luxurious life because of being the son of Derrick Rose. But he has a good net worth as he is an Instagram model.

He gets all the net fortunes from his sponsors on his Instagram and endorsements from different popular brands.

According to sources, he has a whopping net worth of $1.5 million. His recent birthday celebration featured a Teenage Mutant Ninja Turtles theme. At his age, he can own almost anything he likes with his own money.

Layla Malibu Rose is Derrick Rose’s only child with Alaina – she was born in February 2018. London Marley Rose, her two-year-old younger brother, is her sibling.

In addition to her biological brother, Layla has a half-brother named Derrick Rose Jr., also known as PJ Rose, who is the result of Derrick’s former union with Mieka Reese.

Nevertheless, Layla gets along well with all of her siblings. On her Instagram, Layla usually posts images of herself with her brothers. Growing up together, the Rose siblings appear to be enjoying themselves.

Alaina Anderson, Layla’s mother, is a fitness model and businesswoman from New York. Additionally, she runs the health and beauty business Keep It Cute (KIC).

The model uploaded a mother-daughter training video to her YouTube page while Layla’s mother was carrying her younger sibling. In addition, Layla’s Instagram bio includes a link to the same video.

Additionally, Alaina and Derrick Rose’s daughter may be seen having a fun and enjoyable time together. The ladies were working out as a family, which was essential.

Layla and her father, Derrick Rose, can also exercise together. The tiny princess appears to be already engaged in yoga and physical activity.

Derrick has certainly been active on and off of Instagram. He and his wife, though, have done an excellent job of maintaining Layla’s Instagram.

Layla Malibu Rose, Derrick Rose’s daughter, has 23.3 thousand Instagram followers. Layla’s Instagram feed is flooded with images of her and her family, including pictures from vacations, excursions abroad, and pleasant family time.

Derrick is not very active on social media, as was already mentioned. To learn the latest information about Rose and his family, many of his followers must also follow Layla.
Layla’s Instagram page also includes images of her father from courtside after games.

It seems that Derrick Rose’s daughter enjoys swimming and being around water. Many of Layla’s posts feature her and her father relaxing on a beach. In addition, numerous photographs of her also show her swimming in pools.

Layla’s father’s wealth must be pretty good, given that he is a well-known figure in the NBA. By viewing Layla’s opulent lifestyle on Instagram, we can see it for ourselves.

The child is nonetheless developing in a caring atmosphere. And Layla has a skilled coach to help her build her skills if she ever decides to play basketball, as Derrick did.

London has a sister and a half-brother named Derrick Rose Jr., also known as PJ Rose.

London’s half-brother Derrick was born in 2012, and the two seem to have a close, loving relationship. The youngsters may hoop around and watch Derrick play from the stands.

London On Instagram has a large following. The two-year-old’s Instagram account has more than 10,000 followers. His page is run by Derrick and Alaina, who post images and stories from their son’s point of view while keeping it focused on London.

In addition, London lives in great luxury and privilege due to his wealthy father. On his Instagram page, he can be seen with pricey and extraordinary items, showing off his lifestyle.

In addition, he is frequently spotted watching the games and greeting all the prominent NBA players while watching Derrick play.

Despite the young age, London Marley Rose has already entered an NBA court and made a hoop. He is not even three years old. London made his first NBA basket in a child-sized rim during practice before a home game last year.

Additionally, London’s parents shared the video on his Instagram account while mentioning his first NBA basket. The youngest, Rose, also looks to be an excellent baller for his time. Footage of London playing basketball is available, and the young man has some skills.

There is no possibility that you could not have heard about the phenomenon that is Derrick Rose, even though you’re not a basketball fan.

Rose is an American professional basketball player for the New York Knicks of the National Basketball Association, for those who are unaware (NBA).

Rose, born into the game and has had undeniable success throughout his career, isn’t just your average basketball player.

The self-made millionaire has a phenomenal net worth of $85 million.

Young and aspiring entrepreneur Alaina Anderson. KIC, short for “Keep It Cute,” is the name of the fitness and cosmetics business she operates. She is better known, though, as the spouse of NBA player Derrick Rose.

According to reports, Rose and Alaina first connected in 2016 and have been together since then.

Aliana is a businesswoman, model, and fitness advocate with an impressive résumé. In addition, after getting married, her fan base’s interest grew.

Alaina’s salary and net worth are not well-documented in reliable sources. Her several sources of income should enable her to amass sufficient riches. Her estimated net worth is between $5 and $6 million.

What does PJ Rose stand for?

According to USA Today, his father gave him the nickname. Since Derrick Rose goes by the moniker Pooh, his son is known as Pooh, Jr., or PJ for short.

Who is the youngest MVP in NBA history?

At age 22, Rose became the NBA’s youngest MVP in league history in 2007. Rose played 81 games for the Chicago Bulls during his MVP season, averaging 25.0 points, 4.1 rebounds, and 7.7 assists per game.