Many young baseball players already lose their hope when they don’t get picked up in the MLB draft’s first ten rounds. But some players work hard after that and let their performance do the talk. Ian Kinsler is one of the very few examples of the players to get into the All-Star team after getting picked in the 17th round.

He started his Major League Baseball career at Texas Rangers. He played with Rangers for seven years and produced some memorable moments. Besides that, he also played for Detroit Tigers, Los Angeles Angels, Boston Red Sox, and San Diego Padres in his 14-year long career. 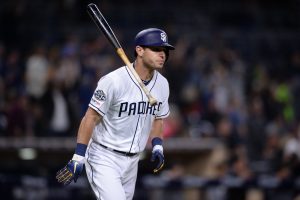 Moreover, Kinsler is four-times All-Star, and in 2009, he got into the list of current 50 best baseball players. Ian is also a two-time golden glove winner and one-time World Series champion.

Today, we will dig a little deeper into the life of this legend, his hard-work, and the result of that hard work. We will also take a glance at his early life, net worth, career, and personal life. Before that, have a peek at some quick facts.

Kinsler was born on 22nd June 1982 in the town of Tucson, Arizona. He was born to his Jewish father, Howard Kinsler, and his Catholic mother, Kathy Kinsler. Further, Ian is a proud brother of his younger sister Tori Kinsler.

Kinsler is from a Jewish family, so he is very popular among Jewish baseball fans. He is also very proud of that and appreciates the love he gets. He states that he is not very religious, but his Jewish heritage makes him proud.

Kinsler’s father coached him until he joined the Canyon Del Oro High School. He accomplished his High-School education from Del Oro in 2000.

Ian had the problem of asthma, which held him back from baseball as a kid. He said, “That was tough when I was younger. Asthma kept me back from Baseball. I still have it, but I control it. Now I use an atomizer or an inhaler. When I was younger, I used this breathing machine… I hated that thing.”

After completing his High School education, he joined Central Arizona College. He played for Arizona too. After that, he joined the University of Missouri. Ian got tremendous help from his Missouri coach, Tim Jamieson. He got his first breakthrough in Baseball under the coach, Jamieson.

Kinsler was born in the early eighties, which makes him 38 years old when writing this article. He has an athletic body figure of 6 feet (183 cm). His latest documented weight is 90 kg (200 lb.). Sadly, we couldn’t find any information regarding his body measurements.

Ian Kinsler is an Israeli American and comes under the White ethnic group. In March 2020, he made Aliyah and got the Citizenship of Israel. The former right-handed former player has short dark brown hair and a couple of gray eyes.

As we already know, he is Jewish. Moreover, his sign, according to the Zodiac calendar, is cancer. Currently, Ian is represented by agent Jay Franklin. His agent looks over financial, Legal, and other parts of his career.

Arizona Diamondbacks drafted Kinsler in the MLB Draft 2000 and 2001. But he declined it both times, thinking he was not ready for the MLB. Instead, he played college baseball with Central Arizona College.

After that, he headed to the University of Missouri Tigers on the special request of Tigers coach Tim Jamieson.

On his twenty-first birthday, Kinsler signed a $30,000 contract with Texas Rangers. He played for Spokane Indians in the 2003 season. Also, he worked with Rangers’ physical coaches to improve his physical abilities.

Kinsler began the 2004 season with Low-A Clinton LumberKings but got his promotion mid-season to Double-A Frisco RoughRiders. He completed the winter season playing for Arizona Fall League club Peoria Saguaros.

Likewise, he played for Triple-A club Oklahoma RedHawks for the 2005 season. Due to Alfonso Soriano’s absence, he changed his position to the second baseman from shortstop.

Due to Soriano’s absence, Kinsler quickly sealed his starting position at the second base in 2006. On opening day, he played his first-ever MLB game against Boston Red Sox on April 3, 2006.

In August 2007, he made eight plate appearances in a nine innings game to tie an MLB record. Further, he was one of the six batters in the American League to obtain 20+ stolen bases and 20+ home runs. He led the stolen bases chart for Rangers that season.

Kinsler extended his contract for five years for $22 Million in 2008. He was an AL All-Star 2008 at the 79th All-Star held at Yankees Stadium. Though, he lost to Dustin Pedroia by almost 34 thousand votes in fan balloting. 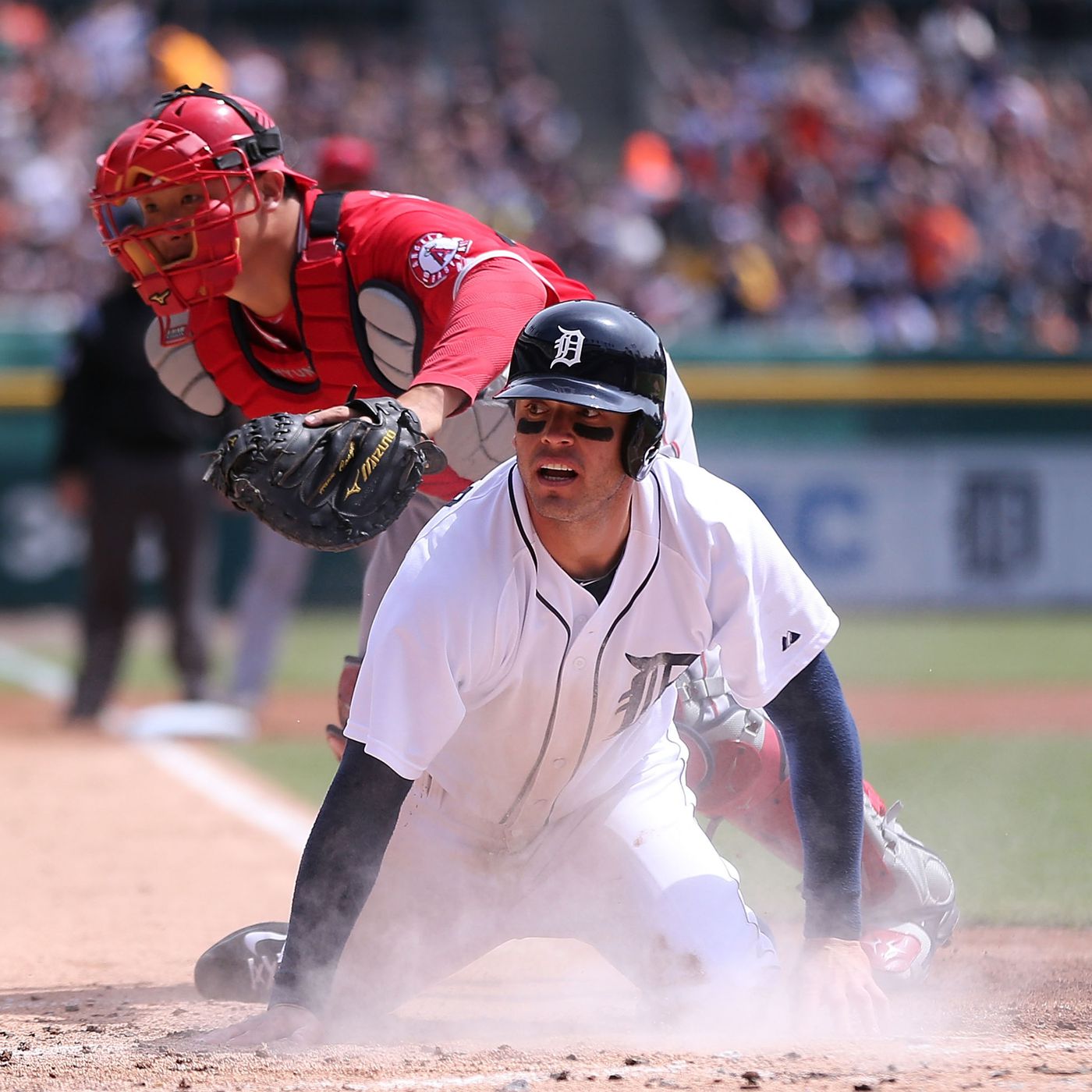 Kinsler finished the 2010 season with the fifth-highest fielding base percentage (.985) in the league. Moreover, he also got honored by AL All-Star for the second time in his career.

In 2011, he hit lead-off home runs in the first two games to become the first in MLB history to do so. He joined the 30-30 club for a record second time, becoming the 12th player ever to complete that.

In the 2012 season, he got named in the Al All-Star for the third time. A year later, he became the stolen base leader of all time for Texas Rangers.

On a blockbuster deal, Rangers and Tigers swapped two All-Stars Ian Kinsler and Prince Fielder in 2013. He got the honor to wear the famous #3 at Detroit Tigers.

Due to his excellent performance, he got named to the All-Star team for the fourth time. The same season, he was also honored with Wilson Defensive Player of the Year.

In his second year in Detroit, he won the Fielding Bible Award. At the end of the 2016 season, he won the Golden Glove Award for the second base position. Though, he seemed a little slower in 2017.

After his first season with Red Sox, Ian won his second career golden glove for second base. After all the wait, Kinsler got his first World Series ring against LA Dodgers in the World Series 2018.

Ian announced his retirement from Baseball in December 2019. He is now serving as an operating adviser for the Detroit Tigers.

In March 2020, he acquired Israeli citizenship. Kinsler can play the Summer Olympics 2020 with Israel.

Tess and Ian first met each other in 1999 during their time in Canyon del Oro high school. On November 18, 2006, Ian and Tess converted the seven years long relationship into marriage. He is currently relishing every moment of his life, along with his beautiful wife and kids.

Ian and Tess are the parents of two beautiful children. In December 2008, they welcomed their eldest daughter Rian Brooklyn Kinsler into the family. They also have an adorable son, Jack Jamisson Kinsler, born in June 2011.

Besides that, Kinsler is very close to his friends. He loves to be in the company of his family and friends. We can see this in his social media posts.

Ian Kinsler played professional Baseball for fourteen seasons. He was and still is one of the most known faces in the game of baseball. As one of MLB’s best players in the last decade, he has garnered a pretty good amount of Net Worth. According to sources:

Ian Kinsler’s Net Worth is $50 Million.

Before retiring from Baseball in 2019, his salary was $4 Million per year. He earned $14 Million per year during his time in Detroit Tigers. Now, Ian is enjoying his retired life with his beautiful wife and kids. 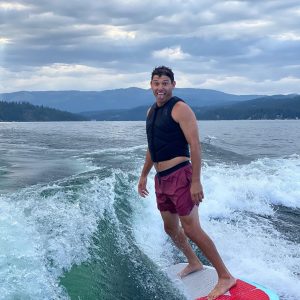 Some of you may already know that Ian has a longstanding business alliance with Jack White of White Stripes Fame. Likewise, the couple has also invested in Warstic, a baseball bat manufacturing company. Also, they do business with celebrities and rock stars.

As per the word 'Taboo' has introduced, people are giving their opinion carelessly and judging whatever about the related person as per they like....
Read more

Isn't it interesting to be everything in life? He is the son of famous Hollywood celebrities, a film director, a film producer, a writer,...
Read more

A legend in football, Drew Brees is an American football quarterback for the New Orleans Saints of the National Football League (NFL). He started...
Read more