Jabari Parker is an American-born professional basketball player who last appeared in the NBA League for the Boston Celtics.

However, he is currently a free agent and looking forward to getting back to the league in the coming season.

Parker began his NBA journey with the Milwaukee Bucks in 2014. Since then, he has already played for five different clubs until 2022.

Before heading to the NBA, Jabari played college basketball for Duke University for a year.

While at Duke, he won several awards and honors, including the ACC Rookie Player of the Year.

However, it is his high school years for which Jabari is mainly remembered. He achieved unbelievable success when leading Simeon Academy to four straight national championships victories from 2010 to 2013.

For that reason, many consider him one of the best high school athletes the United States has ever seen. For his performance, he won the High School National Player Award in 2012.

His performance in the NBA is generally outstanding, but he has been struggling for the past few seasons. Consequently, the Celtics waived him much sooner than expected.

However, Parker has not even reached his thirties by now, and his fans can surely expect some more years of good games from him.

Let’s uncover more about the exciting life of one of the most successful contemporary basketball athletes in this article. But, before that, let’s glance at some quick facts.

Jabari Parker was born on March 15, 1995, in Chicago, Illinois, United States. He is the youngest child of his parents, Sonny and Folola Finau-Parker.

He is of mixed ethnicity as his father is an African-American while his mother belongs to the Tongan tribe. However, his family is Christian, and they all are members of the LDS Church.

Brought up in Chicago, Parker initially attended Robert A. Black Magnet Elementary School. He learned to play basketball very early, and his older brothers, mainly Christian, were his first playmates.

Moreover, his father, Sonny, was a retired veteran NBA player, and he was pretty happy that his sons followed in his footsteps. However, by then, he was working as a youth foundation director.

As a result, Jabari became a basketball prodigy and began playing in middle school leagues.

Likewise, his cousin, Jay, was very close to him and was his primary motivator during his school years. His other siblings supported their younger brother by making a presence regularly during his games.

However, Jabari was the only one among the Parker brothers to reach the farthest in his endeavors.

He was destined to get that success from the start because he was always the best in the game.

Parker was so good that he began receiving scholarship offers from colleges when he was just a fifth-grader. He later transferred to Simeon Academy and graduated high school in 2013 before attending Duke University for further studies.

Jabari Parker’s four-year career at the Simeon Career Academy must be one of the best times. He will perhaps cherish the beautiful moments he experienced there for the rest of his life.

His first season was so perfect that he was his team’s top performer as he finished the season with an average of 19.3 and 5.0 rebounds per game.

To add to his happiness, they won the IHSA Class 4A state championship that year. Consequently, ESPN recognized him as the Freshman of the Year (2010), after which he received scholarship offers from various top universities like Illinois, Kansas, etc.

Furthermore, his performance was consistently top-notch, one season after another. As a result, he led his team to national championship victories every year until he graduated in 2013.

Moreover, he won several best player awards and got opportunities to participate in various tournaments like Nike Hoop Summit and Nike Global Challenge.

After finishing high school as the fourth-best rated player, Nerlens joined Duke University in Durham and played for the Duke Blue Devils.

Parker started his college career with a blast scoring 22 points and six rebounds on November 8. As a result, he received his first ACC Rookie of the Week honors a few days later.

He finished his first and only season with an average of 19.1 points and 8.7 rebounds per game. He led the Devils in both scoring and rebounding that season with that stats.

Continuing his high school legacy, Parker received several honors and awards in college. He won the ACC Freshman of the Year and came second in the race to the ACC Player of the Year in 2014.

The Milwaukee Bucks chose him as the 2014 NBA draft’s first-round 2nd pick after he went straight to the draft skipping his last three college seasons. He signed with the Bucks on July 9 and appeared in that year’s NBA Summer League.

Parker played very well for the club in his first NBA season until he suffered a knee injury on December 15. He had only appeared in 25 matches averaging 12.3 points and 5.5 rebounds.

However, it took quite a long time to recover, and as a result, he missed all the remaining matches of his rookie season. Not only that, but Parker also did not appear in the initial games of his second NBA season.

However, he played 78 matches in the second season averaging 14.1 points and 5.5 rebounds per game.

After having a satisfactory performance in his second season, Parker hoped for better results in the upcoming season.

Unfortunately, he tore his ligament in his left knee, due to which he missed many matches in the third season as well. 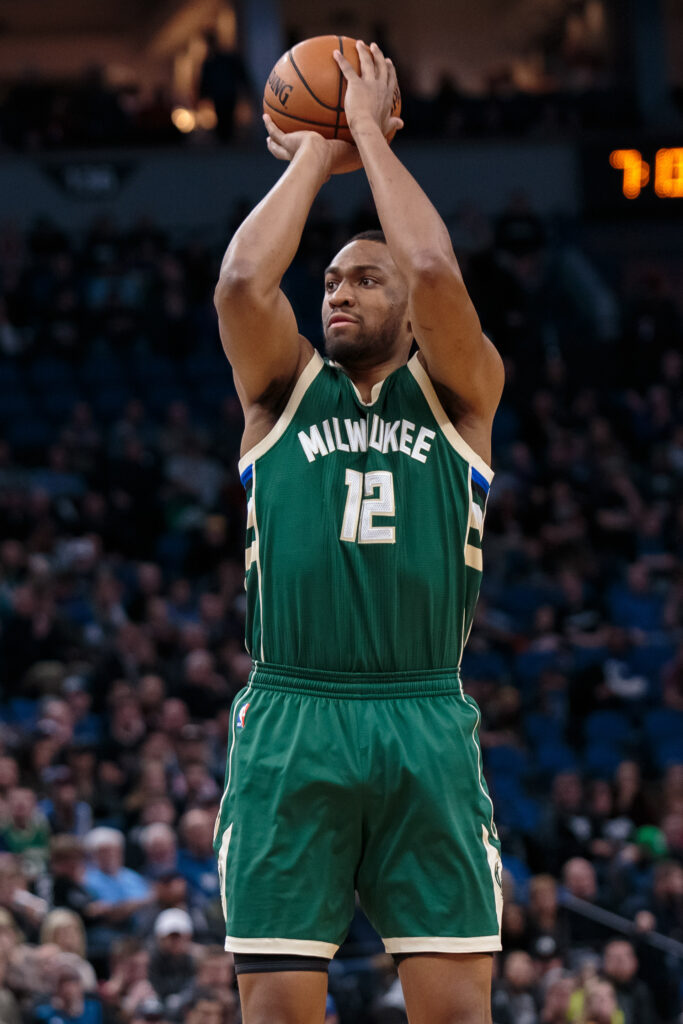 However, he had played 51 matches, averaging 20.1 points per game. In the 2017-18 season, the Bucks sent him to  Wisconsin Herd to play for the NBA G League until his recovery.

Later, he returned to the NBA regular season and played over 30 matches for the Bucks. After the season ended, Jabari signed a two-year contract with the Chicago Bulls on July 14, 2018.

However, they released him mid-season, and he played half of the season with the Washington Wizards. Later on, he moved to the Atlanta Hawks but played significantly fewer matches due to a shoulder injury.

Furthermore, Parker briefly associated with the Sacramento Kings and the Boston Celtics before becoming a free agent in 2022.

Besides his league career, Jabari has previously played for the United States national team of different age categories.

While representing his national team, he helped them lift some trophies, including the FIBA Americas U-16 Championship in 2011. However, he did not debut for the senior national team.

Some of his awards and achievements include:

According to sources, the American power forward has a net worth of $20 million.

It has already been around seven years since he started his NBA career, so his primary source of earning is the league games.

In 2014, the Milwaukee Bucks had paid him around $5 million for his rookie season.

Since his debut, he played for different NBA clubs over the years, and his salary was increased one season after another until his performance declined around 2019.

However, the athlete has already earned around $55 million to date. With an annual earning of around $1.1 million, he was the 189th best-paid power forward in the 2021-22 season.

You can find his past salary details on hoopshype.com.

Apart from game earnings, he earns well through brand endorsements and merch sales. He had signed his first endorsement deal with Jordan shoe company just before the NBA draft in 2014.

Jabari Parker’s name has often been associated with American with Logan West. She is an American model who won the Miss Connecticut Teen USA and the Miss Teen USA simultaneously in 2012.

Logan was born in 1994 in Connecticut, USA. Besides modeling, she works with different non-profit organizations that counsel kids who often get victimized by bullies and runs anti-bullying programs across various schools in Connecticut.

According to rumors, West and Jabari had begun dating each other in 2016, and West often used to attend the matches when he was with the Bucks.

Moreover, she had baptized herself as a Mormon after falling in love with him. After that, she used to visit the LDS Church along with his family members.

So, it was apparent they were very close to each other.

But, even though they were spotted together on many occasions, the duo never openly declared they were in a relationship.

As of recent, there is no news to confirm that they are still dating. Some websites on the Internet have even mentioned that Parker is no longer dating anyone.

Jabari Parker is presently inactive on social media. However, the renowned basketball player previously had social media accounts and had a huge fan following.

In 2018, he had shocked NBA fans by unfollowing his former teammate Giannis Antetokounmpo and the Milwaukee Bucks club’s official page on Instagram.

He shut down his social media accounts a little while later and decided to stay low-profile away from his fans’ reach.

When did Celtics get Jabari Parker?

Yes, Jabari Parker and Tony Finau are related. They are cousins. Finau is a professional golfer from the USA.

Everything About Andre Drummond’s Kids!