Who are the best major league shortstops in the world right now?

MLB has many great players, including the shortstops. There are many new and veteran players alike who are known for their powerful performance on the field.

Every baseball fan may have their pick when it comes to the best player. And you have your opinion about the best shortstops in MLB.

However, today we have compiled a list of the significant league shortstops who are the best. We are looking at their MLB statistics for the current and previous seasons to help us rank these players.

So without any further dilemma, let us dive right into the list.

We have taken Bleacherreport as our primary reference for the article. Before diving into the details, let us look at the overall list’s ranking.

On number 13 of the best major league shortstops, we have a Dominican professional player for the Tampa Bay Rays, Wander Franco. The 21 year-old shortstop made his MLB debut in 2021.

During the 2017 international class, Franco was one of the top-ranked global prospects. The Rays signed him on July 2, 2017, and he made his professional debut in the minor league the following year.

In his debut game, Franco recorded his first career hit, home run, and RBI on a three-run shot-off against Red Sox’s Eduardo Rodrigues in the fifth inning.

On November 23, 2021, he signed a $182 million contract extension for eleven-year. It made Franco the youngest player in baseball history to sign a contract worth at least $100 million.

Similarly, the deal was also the largest for any player who played in the major league for less than one year. Franco recorded a .280 average, 11 home runs, and 56 runs batted in through May 26, 2022.

30 year-old Trevor Story is a professional player for the Boston Red Sox. He made his MLB debut with the Colorado Rockies on April 4, 2016.

The Story was committed to Louisiana State University on a college baseball scholarship. The Rockies selected him as a shortstop in the first round as the 45th overall selection of the 2011 MLB draft.

After the draft, he signed with the team instead of attending the University. In his rookie year, Story set an MLB record for a rookie by hitting home runs in each of his first four games.

After the record, he was named the NL Rookie of the Month for April 2016. Since his debut, he has become an All-Star, Silver Slugger Award twice, and NL stolen base leader.

Nicknamed “Seags,” we have the professional baseball shortstop Corey Seager of the Texas Rangers on number 11 of the best major league shortstops. The 28 year-old made his MLB debut in 2015 for the Los Angeles Dodgers.

Seager was committed to attending the University of South Carolina on a college baseball scholarship. The Dodgers selected him in the first round as the 18th overall selection of the 2012 MLB draft.

He opted to sign with the Dodgers rather than attending the University. While Seager was in the minor league, te MLB.com ranked him the 7th-best prospect in baseball going into 2015. Similarly, Baseball America ranked him number 5.

27 year-old Nicky Lopez is a professional baseball shortstop for the Kansas City Royals. He made his MLB debut with the City on May 14, 2019.

Lopez played was a baseball player in his high school and college years. After his junior season, Kansas City drafted him in the fifth round of the 2016 MLB draft. He made his professional debut in the minor league with the Burlington Royals.

On August 19, 2021, Lopez hit his first home run of the season in a 3-6 loss against the Houston Astros. He defensively led all qualifying AL shortstops with a .987 fielding percentage.
Through June 20, 2022, Lopez recorded a .255 batting average, five home runs, and 92 runs batted in.

On number 9 of the major league shortstops in the world right now, we have Puerto Rican professional baseball shortstop Javier Baez. The 29 year-old made his professional debut for the Chicago Cubs in 2014.

Baez was committed to playing college baseball at Jacksonville University. However, Chicago Cubs drafted him in the first round as the ninth overall selection of the 2011 MLB draft.

Nicknamed “El Mago” (Spanish for “The Magician”), Baez spent eight years with the Cubs. On July 30, 2021, the Cubs traded him to the New York Mets. In December of the same year, he signed a six-year contract with the Detroit Tigers worth $140 million.

Baez’s MLB statistics through June 2022 were a .261 average, 156 home runs, and 490 batted in. The designated hitters may not play a position in the field but can bat when they replace the pitcher in the batting order. Click here to read more!

The designated hitters may not play a position in the field but can bat when they replace the pitcher in the batting order. Click here to read more!

Willy Adames is a Dominican professional baseball shortstop for the Milwaukee Brewers. The 27 year-old made his MLB debut with Tampa Bay Rays in 2018.

In 2012, Detriot Tigers signed Adames as an international free agent. He made his professional debut with the Dominican Summer League Tigers a year later. But before he made his MLB debut, the Tigers traded him to the Rays.

In 2015, 2016, and 2017, MLB.com ranked Adames as the number one prospect in the Tampa Bay Rays farm system. After his MLB debut, he established himself as one of the great shortstops.

Our 7th best major league shortstop in the world is 29 year-old Tim Anderson. He is a professional baseball shortstop for Chicago White Sox, who made his MLB debut in 2016.

Furthermore, he was named first-team National Junior College Athletic Association Division II All-American. In the 2013 MLB draft, White Sox drafted him in the first round as the 17th overall.

Since his debut in the MLB, Anderson has won an All-Star, Silver Slugger Award, and AL batting champion. Before the 2017 season, he further signed a six-year contract worth $25 million with the team.

Our sixth-best major baseball shortstop is Xander Bogaerts. Nicknamed “the X-Man” and “Bogey,” he is a professional shortstop for the Boston Red Sox and made his MLB debut with the team in 2013.

Now 30 year-old, Bogaerts was signed as an amateur free agent by the Red Sox in 2009. He made 30-game appearances between the regular season and postseason.

Similarly, he also helped the team to the World Series championship.

Starting in 2014, Bogaert began playing as the Red Sox’s shortstop. In 2019, he signed a six-year extension contract worth $132 million with the team. 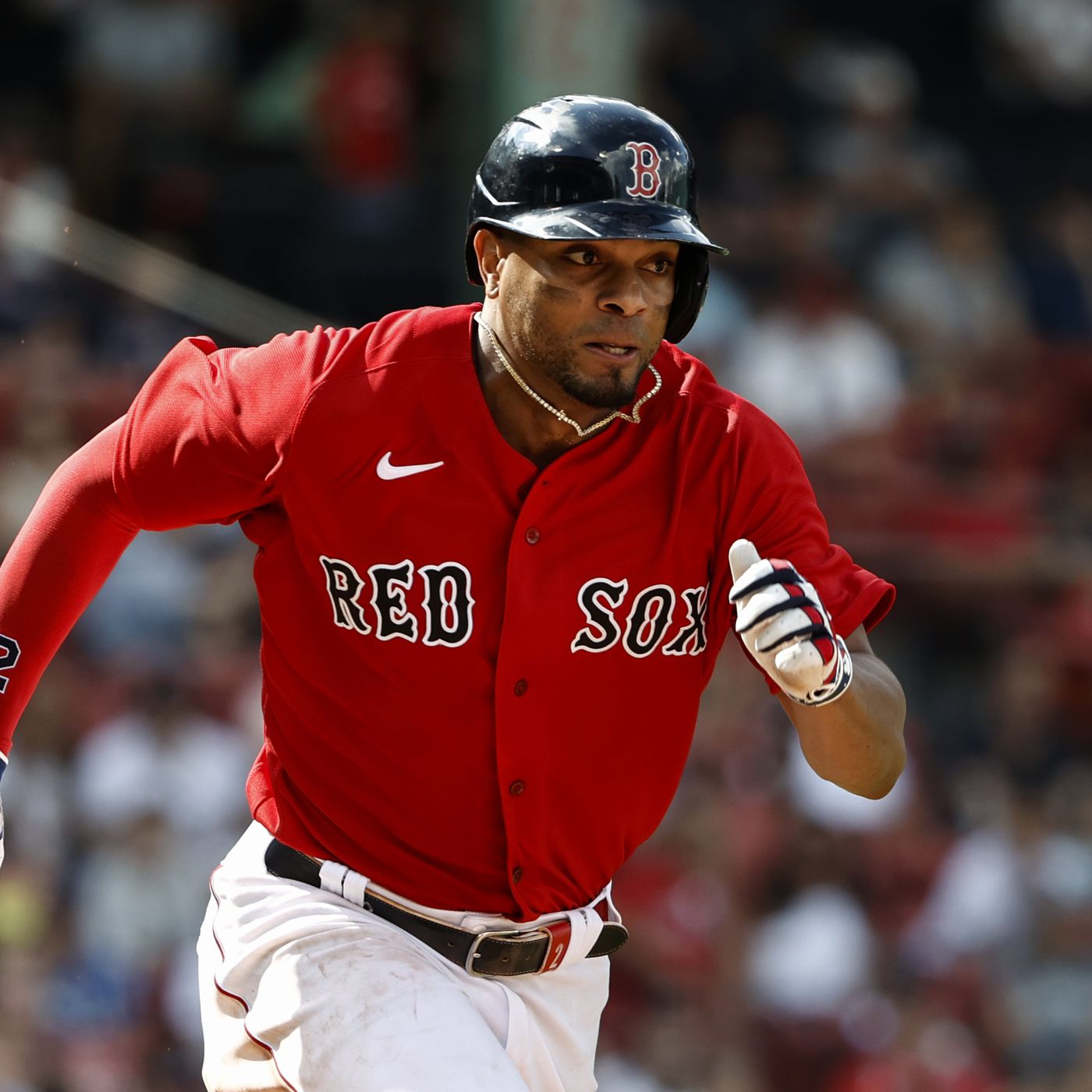 Since his debut in the MLB, Bogaert has won an All-Star three times, World Series champion two times, All-MLB First Team, and Silver Slugger Award four times. He played most games as a shortstop and set the record in 2022.

Bo Bichette is a professional baseball shortstop for the Toronto Blue Jays. The 24 year-old made his professional MLB debut with the Jays in 2019.

Bichette was committed to attending Arizona State University to play college baseball. But later, Toronto Blue Jays selected him in the second round as the 66th overall selection of the 2016 MLB draft.

Bichette recorded his first major league hit against Kansas City Royals’ Brad Keller in his debut game. On August 6 of the same year, he became the first-ever MLB player to hit ten extra-base hits in his first nine major league games with a double.

Likewise, Bichette has also set a new MLB record after achieving a double streak of nine games. In 2021, he was named an All-Star for the first time.

Brandon Crawford is the professional baseball shortstop for the San Francisco Giants. The 35 year-old made his MLB debut with the team in 2011.

Crawford was a three-sport athlete during his high school. He played college baseball when he attended the University of California. He helped lead his team to the NCAA Regionals in three consecutive seasons.

San Francisco Giants drafted Crawford in the fourth round, with the 117th overall selection of the 2008 MLB draft. He started his entire season as a professional with the Class-A Advanced team, San Jose Giants. 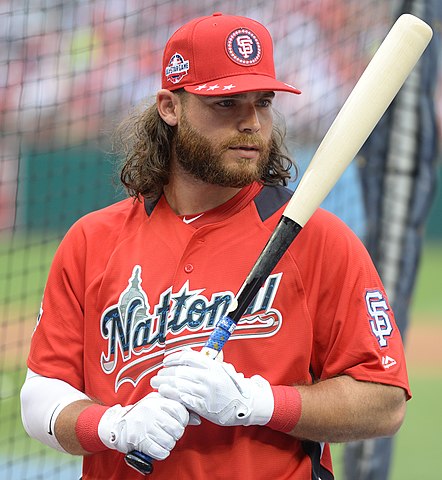 We are down to the top three best major league shortstop in the world right now. On number 3, we have Fernando Tatis Jr., who made his MLB debut with the San Diego Padres in 2019.

Tatis Jr. is a 23 year-old Dominican baseball shortstop and outfielder for Padres. He is the son of the former MLB player Fernando Tatis Sr.

The Chicago White Sox signed him as an international free agent from the Dominican Prospect League in 2015.

At the beginning of 2019, MLB Pipeline, ESPN, Baseball America, and Baseball Prospectus ranked Tatis as one of the top three prospects in baseball. He played in the minor league for several years before making his debut with the Padres.

Since his debut, he has won several awards like All-Star, All-MLB First Team two times, Silver Slugger Award two times, and NL home run leader. He has a .292 batting average, 82 home runs, and 199 runs batted in through the 2021 season.

Our second-best major league shortstop is also one of the fastest runners in MLB, Trea Turner. He is 29 year-old shortstop for the Los Angeles Dodgers and made his MLB debut in 2015 for Washington Nationals.

Turner played high school and college baseball. Aaron Fitt of Baseball America predicted him to be the first-round choice in the 2014 MLB draft. Then the San Diego Padres drafted him in the first round as the 13th overall selection.

In 2014, Padres traded Turner to the Nationals, and he made his MLB debut. On June 30, 2021, he hit the cycle for the third time and tied for the MLB record for most cycles in a career. 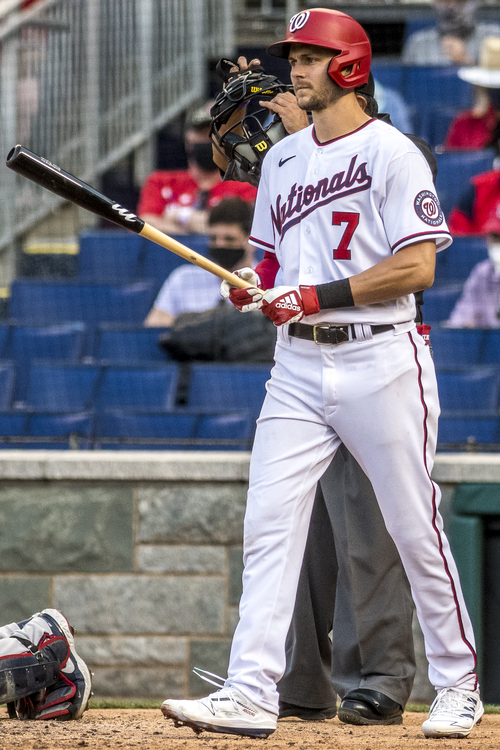 We have entered the 2022 season, and based on the 2021 season ranking, who do you think are the best MLB outfielders in the world? Click here to read more!

The number 1 best major league shortstop in the world is Carlos Correa. He is a 28 year-old Puerto Rican baseball shortstop for the Minnesota Twins.

Correa was the youngest high-profile player to enter the 2012 MLB draft. The Houston Astros selected him as the first overall pick, and he became the highest-selected player to be drafted directly from a Puerto Rican high school.

After being signed by the Astros in 2012, Correa made his MLB debut in 2015. He won the AL Rookie of the Year Award in his rookie season.

After playing with the Astros for seven seasons, Correa entered free agency. On March 22, 2022, he signed with Minnesota Twins on a three-year contract worth $105.3 million.

This concludes our list of the best major league shortstops in the world. Halfway through the 2022 season, it is yet to be seen which player will finish the season on the top ranking.

Regardless of the list, which shortstop do you think is the best in the world right now? Do you agree with our list? Do let us know!

15 Shortest NBA Players of All Time