Justin Anderson is a professional basketball player who currently plays for the NBA club Brooklyn Nets.

Before making his professional debut in National Basketball Association (NBA), he played college basketball with the Virginia Cavaliers. Dallas Mavericks selected him as a 21st overall pick in the 2015 NBA drafts.

Although he never satisfied the fans with their expectations in the NBA. He played for Dallas Mavericks, Philadelphia 76ers, Atlanta Hawks, Raptors 905, and Brooklyn Nets in his five-year-long NBA journey.

Before plunging into the details, here are some quick facts about Nets’ forward-guard Justin Anderson:

Justin Anderson was born on November 19, 1993, somewhere in Montross, Virginia. He was born to his father, Edward Anderson II, and mother, Kim Anderson.

He is the youngest of three children. Jus has an elder brother named Edward Anderson III and an elder sister, Eurisha Anderson.

Anderson’s brother Edward III is a former basketball player of the University of Mary Washington.

Moreover, his first cousin, Jermon Bushrod, plays in the NFL for the Dolphins.

He completed his education at Montrose Christian School. Also, he started the first steps towards a basketball career during his time at Montrose School. Usually, he used to play with the older boys to challenge himself.

Justin has always looked focused since his very young days. Because of his decent behavior, his parents always had vast expectations of him.

Justin is an American National and belongs to the black ethnic group. This left-handed player has short dark hair and a couple of black eyes. Moreover, his zodiac sign is Scorpio, and his zodiac animal is the rooster.

Further, Justin Anderson is represented by the agents Zach Kurtin and Mark Bartelstein. As a player, Justin is busy playing basketball. So, his financial and legal side is taken care of by his agents.

They used the fund to help the poor communities of East Africa.

At first, Anderson gave his verbal approval to join Maryland Terrapins in 2011. After the retirement of Gary Williams, he changed his mind about joining Maryland.

He contracted a national letter of intent on November 12 to play for Virginia Cavaliers.

Due to a star-packed lineup of Cavaliers, Anderson played off the bench in his first two seasons. Though, he helped his team with his skills at every chance he got.

In 2014, he was honored with the Atlantic Coast Conference Sixth man of the Year.

He became a regular starter after the promotion of his senior Joe Harris. On February 7, 2015, he broke his pinky finger on the left hand on Louisville’s victory. That injury forced him out of the game for a few weeks.

Justin came back stronger after that injury and gave some match-winning performances. He was awarded NABC Third Team All-American and All-ACC Second Team for his excellent performance in 2015.

Here, you can read about Draymond Green.

In the 2015 NBA drafts, Justin was selected by Dallas Mavericks as a 21st overall pick in round 1.

He started his career with the Mavericks playing in the 2015 NBA Summer League. He played six games and averaged 17.5 points, 1.5 assists, 4.2 rebounds, and 1.2 steals.

Justin signed a contract with the Mavericks on August 1st, 2015, and started his training with the team. On October 28, he made his debut in a win over Phoenix Suns, scoring 2 points and 1 rebound.

Anderson played his first double points (11) game against New Orleans Pelicans on November 10. Sadly, the Mavericks lost the match with a score of 120-105.

He recorded his new season-high of 13 points in a loss against the San Antonio Spurs. After that, he scored the first double-double of his NBA career. He scored 19 points and 10 rebounds in a victory over Memphis Grizzlies.

During his debut season, he completed many games with Dallas Mavericks’ D league associate Texas Legends.

Justin once again joined the Mavericks team for the NBA Summer League 2016. He showed his talent by playing five games and performing at an average of 16.0 points, 2.6 assists, and 7 rebounds per game.

Although Dallas Mavericks were not performing in great form, Justin kept setting new bars for himself. On November 9, he recorded 16 points, eight rebounds, and seven assists in a defeat to the Golden State Warriors.

On February 23, 2017, Justin terminated his contract with Dallas Mavericks and joined the Philadelphia 76ers with Andrew Bogut. They were traded in exchange for Nerlens Noel.

On March 3, he made the go-ahead basket in a Sixers victory over New York Knicks in the final seconds. He matched his career-high 19 points in that match.

Again, he produced another 19 points performance just three days later in a loss to Milwaukee Bucks.

Justin matched his career-high of 19 points for the fourth time in the 2016/17 season. With that performance, he helped the Sixers to beat his former team Dallas Mavericks.

On April 12, 2017, Justin played his career-high of 26 points in the season finale. Despite his astonishing performance, the Sixers closed the season with a loss against Knicks.

After that, he had a rough 2017/18 season. Nevertheless, he once again scored his season-high 25 points against Milwaukee Bucks in April 2018. Also, he added six rebounds to his 25 points.

Discover the life and career of Carlos Salcido

After two seasons with the Philadelphia 76ers, Anderson was exported to the Atlanta Hawks on July 25, 2018.

Soon, he made his debut with the club and kept performing on the same level as before. However, he couldn’t impress his coaching staff.

After the end of the season, Atlanta declined to extend the Anderson contract. On June 29, he left the club as an unrestricted free agent.

After leaving the Hawks, Justin signed a contract with Washington Wizards for the training camp. However, he was waived by Washington after just four pre-season games.

On January 15, 2019, Anderson was signed off waiver by Raptors 905. He played with the Raptors for one season and left the club in January 2020.

Anderson’s first stint with the Nets came when he signed a 10 days contract on January 06, 2019. Though, he was released by the Nets after 10 days.

Brooklyn Nets announced Anderson’s signing on July 18, 2020, for the rest of the season. 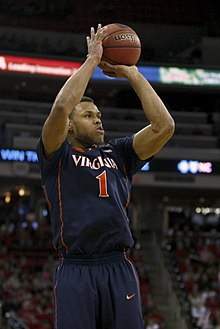 As of now, there is not any information about Justin’s relationship or girlfriend available on the internet. In short, Justin is currently Single. This sounds like nice news for his lady fans out there.

Though, we can’t say for sure that he is not having any secret relationship affairs. That’s a mystery for now. We will update the information as soon as we find any news regarding his relationships.

Apart from that, he has a perfect relationship with his parents and friends. Justin often hangs out with his family and friends when he does not score points on the Basketball Court.

In July 2020, Justin Anderson became the ninth Nets player to suffer from Corona Virus. He missed Basketball for a couple of weeks due to the virus. Though, he is now back stronger than ever, playing on the top of his form.

Justin Anderson is a smart basketball player with excellent knowledge of the game. He has played in many teams over the years and has adapted to all of their playing styles. Anderson holds exclusive athleticism with a height of six feet and five inches.

He is regarded as one of the exceptional leapers in the National Basketball Association. Also, this tireless hard work is considered a very skilled and unpredictable wing player. Besides that, he has good mechanics on his jumper.

Anderson is also capable of scoring from the three-point line. His physical strength allows him to body up big players inside and outside the paint. Also, he is very good at scoring rebounds in traffic.

As we know, every coin has two parts. Anderson also has some areas where he needs some improvement. He does not involve his defenders using his innovative moves. Occasionally, he makes some defensive errors too.

Moreover, Jus Anderson’s total Net Worth is estimated to be around $600,000. He is currently living a happy life in Brooklyn.

Likewise, it is estimated that he has career earnings of $7,478,080. He is also a very generous player and uses his fame and fortune to help the people in need.

Justin Anderson has played a total of 226 games to date while averaging a playing minute of 13.1 per game.

Currently, he has career statistics of an average of 5.2 points, 2.5 rebounds, and 0.7 assists.

Jean-Claude Killy Net Worth | Earnings and...