Jese Rodriguez is a Spanish professional footballer who played as a forward for several European clubs. Jese was viewed as one of the best young talents in 2014, but he never fulfilled his potential due to injuries and off-field problems.

He was viewed as the next-Ronaldo during his time at Real Madrid. Sadly, his career went downhill after joining PSG. He was loaned to Las Palmas, Stoke City, Real Betis, and Sporting CP but couldn’t find back his form. In December 2020, he was sacked by PSG after he was involved in the sex scandal.

Similarly, Jese is the two-time UEFA ChampionsLeague winner. He won it with Real Madrid in 2013/14 and again in 2015/16. Moreover, he has also won La Liga, Copa del Rey, French Ligue 1, and several other trophies.

Here we dive a little deep into the life of former Real Madrid winger. We will also provide information about his early life, personal life, career, controversies., net worth, and social media presence. First, take a glance at some of the quick facts about Jese Rodriguez Ruiz:

Rodriguez was born to his parents, Pascual Rodriguez and Maria Ruiz. His full name is Jese Rodriguez Ruiz, and is commonly known as Jese. He was born on February 26, 1993, in Las Palmas de Gran Canaria, Canary Islands, Spain. Jese is the fourth oldest child among five brothers.

Like every other family in Spain, Jese’s parents were also football fans. He grew up watching his favorite club play football and dreamt of becoming a professional football player someday.

Jese’s father, Pascual Rodriguez, was a pharmacy worker. When Jese signed for Real Madrid in 2007, he promised his father that he would help him retire by having a successful football career.

After Jese signed his first professional contract with Real Madrid, his father was able to retire from the pharmacy. He has the tattoo of his parent’s name on the back of his hands. Also, in 2014, Jese brought a house for his parents in his hometown.

Rodriguez was born in the early nineties, which makes him 27 years old by writing this article. Forwards, especially center forwards, have to deal with tall and physical defenders most of the time.

Rodriguez is medium in height with five feet and eight inches (178 cm). He is fond of bodybuilding and has a very athletic body figure. Although, we couldn’t find any data regarding his weight and body measurements.

Jese Rodriguez is the Spanish National and comes under the mixed ethnic group. The Canary Island native has kind of brownish but black colored hair. Moreover, Jese has a pair of dark brown eyes. Similarly, his zodiac sign is Pieces.

He plays as a Left Winger, but he can also play on center forward and right-wing position. Moreover, Jese Rodriguez Ruiz is represented by agent Gines Carvajal.

Jese Rodriguez started his footballing career from the amateur side of El Pilar FC. He played for El Pillar from 2003 to 2005. After El Pillar, he joined the local club Hurcan de Gran Canaria. His outstanding performances at the youth level attracted interest from many La Liga clubs like Barcelona, Espanyol, and Mallorca.

At the age of 14 in 2007, he opted to sign for the Spanish giants Real Madrid. He quickly started playing for Real Madrid’s Juvenile team. On January 16, 2011, he made his debut for Real Madrid Castilla to win over Las Palmas.

After a successful season playing from Real Madrid’s U-19 team, he got his full promotion to the Real Madrid Castilla. Jese led his team to the Segunda B championship 2011/12, scoring 10 goals in 39 games.

During the 2012/13 season, manager Jose Mourinho faced criticism for not giving him enough time with the first team. On 2nd June, he scored his 21st goal for the reverse squad to break the 29-year long record of most Real Madrid Castilla goals in a season. 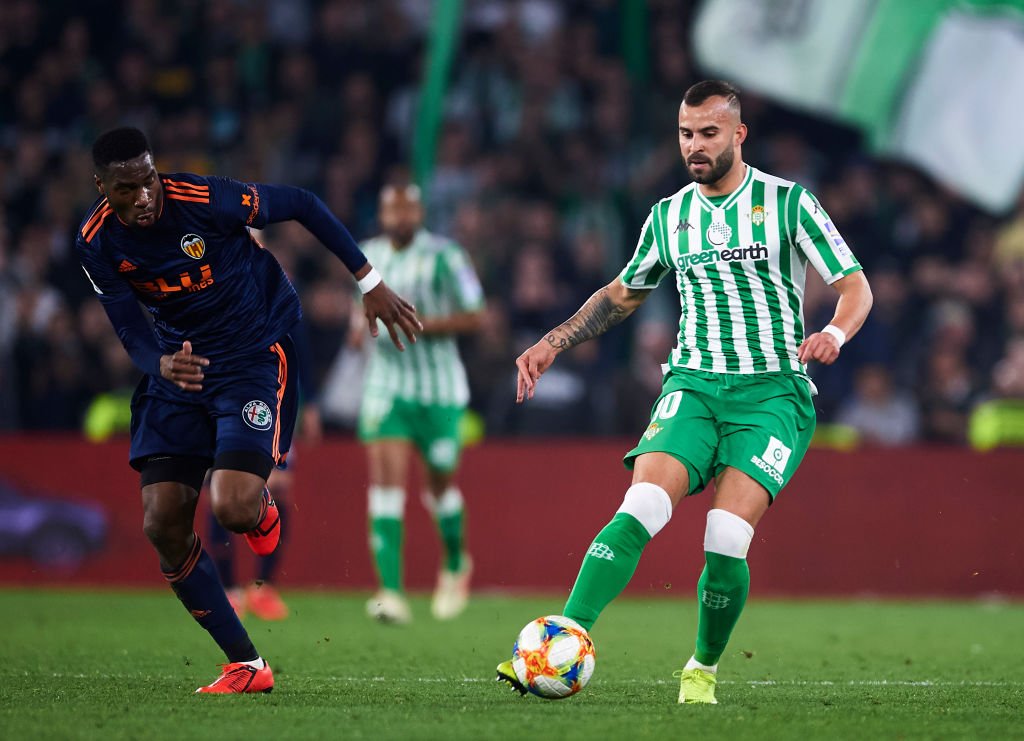 He ended the season by scoring 22 goals in 38 games, winning the Zarra Trophy.

Despite the rumors of Jese’s departure, he signed a new contract with Real Madrid in June 2013. On 2nd October, manager Carlo Ancelotti handed him the UCL debut in a 4-0 victory over Copenhagen.

On 26 October, he scored his first competitive goal against arch-rivals Barcelona in a 2-1 loss. Jese was enjoying a great run of form, with Real Madrid scoring on multiple occasions. Sadly, he tore his anterior cruciate ligament in a UCL round of 16 games against Schalke 04 and was forced out for the rest of the season.

Throughout the season, he appeared in 31 games, scoring eight goals and assisting five more. Madrid finished the season winning the Champions League and Copa del Rey.

After nine months on the sidelines, he returned on 2 December 2014 and scored a goal against UE Cornella. He made 23 appearances for Real Madrid that season but struggled to make a starting XI position.

New club manager Rafa Benitez convinced Rodriguez to stay with Madrid for the 2015/16 season. He regularly helped the team from the bench but rarely got the chance to start. Likewise, Je finished the season with six goals and eight assists, assisting the team in Champions League victory.

On August 28, 2016, Jese signed a five-year contract with French club Paris Saint Germain after completing a 25M euro move. The deal had an anti-Barcelona clause in his contract, which prevented PSG from selling him to Madrid’s arch-rivals Barcelona.

On 13 August, he made his PSG debut, but he suffered appendicitis after just a few days. After returning from injury, Rodriguez scored his first goal for PSG in a 2-0 win over Nantes.

He only played 358 minutes by the end of the year. Due to his irregular playing time, PSG manager Unai Emery suggested he go on a loan in the winter transfer window.

On 31 January 2017, Jese took a massive pay cut to sign his hometown club Las Palmas. On 6 February, he made his Las Palmas debut in a 1-0 loss against Granada. He once again failed to find back his form and scored just three goals in 16 appearances.

After the end of the season, Las Palmas decided not to sign him permanently due to his off-field behaviors and poor on-field performances.

Stoke City signed Jese Rodriguez Ruiz on loan for the 2017/18 season. On 19 August, he made his debut against Arsenal and scored the only goal to give his team all three points.

In December 2017, Jese left the stadium after the manager did not substitute him in on a match against Swansea City. Club gave him a one-match ban for his undisciplined behavior.

On May 1, the club announced that Jese had been given compassionate leave until the end of the season. The Spanish player scored just one goal in 13 games, and Stoke faced relegation.

After the season, he returned to PSG but was left out of the squad by manager Thomas Tuchel. On 23 January 2019, he made his first appearance against Strasbourg after almost ten months.

On 29 January, Real Betis signed him on loan for the rest of the season. Under Quique Setien, he made eighteen appearances scoring twice and assisting a couple more. After the end of the season, Real Betis decided not to sign him.

On 2 September 2019, Sporting CP signed him on loan for the season. He failed to impress after scoring just one goal and returned to PSG after the end of the season affected by Covid-19.

On Early December, PSG announced that they have terminated the contract of Jese after he was involved in a sex scandal and attend a party violating the COVID protocol.

Jese has represented Spain in all youth levels from U-16 to U-21. In 2010, he helped the Spanish team finish as a runner-up in the UEFA European U-17 Championship. He scored one goal in the semifinal.

In 2012, Jese led his team to the Under 19 European Championship victory. He scored five goals and ended as the tournament’s top scorer.

In 2013, Jese scored five and assisted one goal in the FIFA U-20 World Cup. Sadly, Uruguay eliminated Span from the Quarter Finals. Despite the early exit, he won the Bronze Boot as a third top scorer.

Besides Football, Jese is also a musician. In 2014, he and his friend DJ Nuno formed a Spanish reggaeton band named Big Flow. Together the band released two singles, and the group disbanded later that year.

In 2015, he started pursuing a solo career with the name “Jey M.” He released a song titled, La Prueba (The Proof) in 2018. Furthermore, he announced on donating to the research of congenital hyperinsulinism disease.

In November 2016, he learned about the birth of his second son, Neizan, after the child’s mother claimed Jese to be his father. A DNA test conducted soon after confirmed him to be the father.

His third son Nyan was born prematurely in 2017 and gone through several medical conditions soon after the birth. Jese missed several games for Stoke City to take care of his son. However, in 2018, Nyan’s mother Aurah Ruiz took Jese to court, claiming that he failed to fulfill his father’s duties properly.

After the fallout, Jese and Aurah reunited later. But in late 2020, news came out that Jese cheated his partner with her model friend Rocio Amar. After the event, Rocio Amar posted the audio clips where the Spaniard calls his partner ‘boring’ and ‘crazy.’

Jese Rodriguez | Net Worth and Salary

The Las Palmas native is passionate about automobiles and owns some luxurious cars. Coming from hard-working family background, he struggled a lot to reach this height of success.

According to online sources, Jese has a total net worth of around $8 Million.

Some FAQs regarding Rodriguez

At the moment, Jese is without a club. After he departed from the Paris Saint-Germain in December of 2020, he has not signed any clubs.

Back in March 2014, Rodriguez was injured where he had a serious knee injury. He had a complete tear of the anterior cruciate ligament after a tackle from Sead Kolasinac. After that, Jese had a hard time making a comeback in the game.

Greatness doesn't come by at ease. You've got to earn it. Likewise, Mark Belanger is a baseball shortstop who is one of baseball's most...
Read more

Most people are excellent at one sport in their life. However, being excellent in two different sports on a professional level is a rarity...
Read more

To move on and not look back is an important aspect of a person's life. One such person who has advanced forward, following the...
Read more

"Your past of tragedy could not determine your future." Indeed, Giovani Bernard went through a devastating situation in the past and yet made it...
Read more